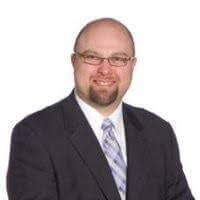 Mr. Pytlik is a seasoned Criminal Defense attorney and former prosecutor with years of experience conducting trials and testimonial hearings.    He was selected four times as a Northern California “Rising Star” by Super Lawyers, a designation awarded to no more than 2.5% of attorneys in the state.

Mr. Pytlik understands that court proceedings can be confusing and intimidating to those who are accused of criminal conduct.  He treats clients with respect and compassion, while vigorously fighting for their rights.  Clients often comment that they appreciate his personal concern and friendly demeanor, as well as his poise and professionalism.

Mr. Pytlik earned his Bachelor of Arts degree in Political Economy from the University of California, Berkeley. He then obtained his teaching credential and taught high school history. He received his Juris Doctor from Hastings College of the Law in 2004, where he was an editor of the Hastings International and Comparative Law Review. In his final year of law school, he interned with the Association of Defense Counsel Before the International Criminal Tribunal for the Former Yugoslavia in the Hague, Netherlands. As a result of these and other activities, he has received recognition from the National Lawyers Guild and the Public Interest Clearinghouse.

Mr. Pytlik has served as a board member of the Center for Community Dispute Services, which trains court mediators and operates youth courts in the East Bay, and has volunteered as a judge for the Tri-Valley Youth Court, an alternative to the juvenile justice system.