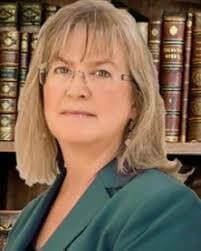 Patricia Campi has been practicing law for the past 27 years all over the State of California after graduating from Ventura College of Law.  While she spent her first 15 years practicing in Los Angeles, Orange, Riverside, San Bernardino, Santa Barbara and Ventura Counties, for the last 12 years she has specialized in criminal defense practicing primarily in Sacramento, Placer, El Dorado, Nevada and Yolo Counties.

As part of our team with Summit Defense she brings a wealth of experience based on all types of cases she has handled throughout her career, ranging from misdemeanors to Three-Strike felony matters, in both state and federal courts.

Through her diligent representation and commitment to pursuing the best possible outcome for every client, no matter what charges he or she faces, Ms. Campi has a proven track record of delivering favorably significant results, the most recent examples of which are: