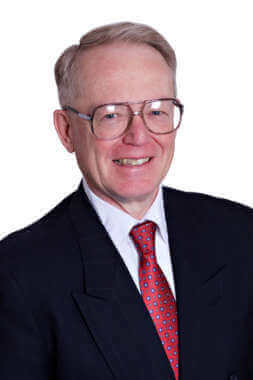 James Reilly sets the standard of excellence at Summit Defense. A former supervising prosecutor and current defense attorney with over 20 years of criminal law experience under his belt, Jim’s accomplishments in the courtroom are respected throughout the Northern California legal community.

In one case result that Jim is particularly proud of, our client was accused of molesting two children and was facing life in prison. Following a three week trial, Jim hung the jury, persuaded the DA not to refile and ultimately secured a dismissal in the case. Our client is now home with his family. At the conclusion of the trial, the judge made the following remarks on the record about Jim’s defense:

I don’t normally say this, but Mr. Reilly, you are always welcome in this courtroom.  I thought you were a consummate professional.  You were prepared, you were intelligent. You represented your client perfectly. And you squeezed everything out of this case that you possibly could and I think the defendant is lucky to have you.

Summit Defense is known for representing Bay Area professionals with first-time offenses such as shoplifting, DUI and Domestic Battery. However, because of Jim’s leadership, Summit Defense is often selected to handle the San Francisco Bay Area’s most difficult and prominent cases. Some of the serious felonies that Summit Defense defended in 2011 include child molestation, first degree murder, embezzlement and federal fraud. In 2011 Summit Defense represented a client accused of running a 20 year long $50 million ponzi scheme. Summit Defense also represented a defendant in the Hewlett Packard pretexting scandal.

In 2011, Jim Reilly was recognized by Newsweek Magazine as one of the country’s Top 8 Criminal Defense Attorneys nationwide.

THE ADVANTAGE TO BEING A FORMER PROSECUTOR

Like other former prosecutors at Summit Defense, Jim began his career on the other side – as a prosecutor. Jim believes that his experience as a prosecutor gives him a tremendous advantage over attorneys who have only been on the defense side. James Reilly knows all the tricks. He anticipates prosecutors’ strategies, knows when they are bluffing, and then pushes for a better outcome-including winning at trial.

Jim is one of those rare individuals who is a success at everything he does. Jim’s skills as a teacher were refined over the years. As a young prosecutor, he rose through the ranks to become a supervising DA, where he mentored young DAs. He was also a law school instructor at UC Hastings School of Law in San Francisco.

As a respected defense attorney, he is often asked to lead seminars or comment on the news. Jim recently taught a seminar to San Jose defense attorneys explaining how to properly defend DUI cases. He has been interviewed on San Francisco’s KRON channel 4 numerous times commenting about Northern California legal developments. He was also recently featured as a panel expert on a San Jose news program called