If you’re arrested for a DUI in San Francisco, hire our experienced attorney at Summit Defense Attorneys. We offer free consultations and affordable payment plans.

Drunk driving or driving under the influence of alcohol or drug is a crime punishable by the law in many states, including San Francisco. Driving while intoxicated is considered neglect of due care as a driver.

Intoxicated driving could lead to some devastating scenarios. If you or anyone you know is involved in a DUI accident, you would need the help of an experienced attorney who has a vast knowledge of DUI law.

Our group of expert San Francisco DUI lawyers can help you find your way out of this difficult scenario and achieve the best outcome for your case.

WHAT ARE THE TYPES OF DUI OFFENSES? 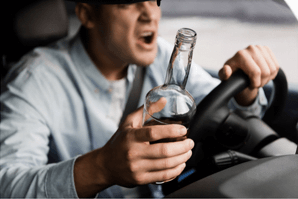 There are several types of DUI offenses, depending on the nature of the accident. A DUI offense could be classified as any of the following:

Most DUI cases involve driving under the influence of alcohol and driving with a Blood Alcohol Concentration greater than 0.8%.

A driver driving under the influence can be convicted of one or more types of DUI offense depending on the circumstance the authority caught them.

PENALTIES FOR DUI IN SAN FRANCISCO 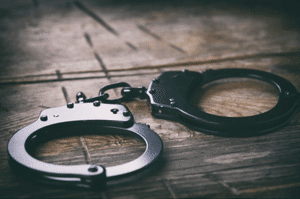 California Vehicle Code 23152 VC is a law set by California to prohibit driving under the influence.

Depending on the severity of the DUI case, the consequences for this type of offense vary. The punishment for DUI charges progresses for multiple offenses.

All DUI cases are different from each other. In some instances, felony DUI charges would require the driver to install an ignition interlock device (IID) in their vehicle.

DMV HEARING AFTER A DUI ARREST

A DMV hearing is an administrative meeting with the California Department of Motor Vehicles. This is set to determine the status of a violator’s driver’s license. Depending on the DUI case, the driver’s license could be suspended.

When a driver is arrested for a DUI charge, the arresting officer will issue a notice of suspension. This notice will serve as an alternative for the confiscated driver’s license. The arrested driver will have 10-days from the date of the arrest to schedule a meeting with the DMV.

Depending on the situation’s circumstances, the DMV will decide to uphold a deriver’s license suspension or reverse it. The questions in DMV hearings will mainly focus on confirming if you are indeed drunk driving.

Hiring an experienced DUI defense attorney is crucial in this case. They can make or break the situation for you. A DUI attorney with extensive experience knows the right words to say to get you the best outcome. They would know the best defenses to the questions thrown by the DMV.

Our law firm houses the finest DUI lawyers in the San Francisco bay area. They have the knowledge and expertise to win your hearing and recover your driving rights.

WHY CHOOSE SUMMIT DEFENSE FOR YOUR DUI ARREST CASE? 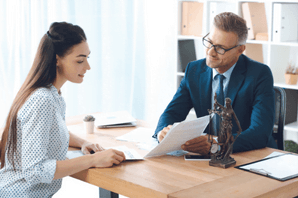 A DUI conviction is a serious matter. A person charged with a DUI penalty could lose his driving privileges. He can also be jailed for a period of time because of this offense. A DUI offender can also lose a lot of money from fines and penalty charges, not to mention the lengthy and exhausting process of a DUI case.

At Summit Defense, our criminal defense lawyers have years of solid experience representing clients in front of the court to avoid DUI charges. Our aggressive DUI defense lawyers stop to nothing until you get the best possible result.

Our law firm worked with countless clients in the past, and all of them left satisfied with the result they received from our top-notch representation. Our group of competent lawyers has profound knowledge of criminal law, which they expertly utilize, paired with their years of strong experience to evade DUI charges.

A criminal defense attorney can make or break your chances in a DUI arrest. Hiring the appropriate criminal defense lawyer who has a proven background of winning cases is crucial in your victory against DUI cases.

At Summit Defense, we offer a free consultation to thoroughly evaluate your case and provide smart and actionable legal advice.

Can I keep my driver’s license?

In San Francisco, when a driver is arrested for driving under the influence, the responding officer will need to confiscate their license. They will provide a notice of suspension in place of the suspended license. This notice is effective for 30 days, and the driver has a 10-day period from the date of the arrest to request a meeting for a DMV hearing.

Whether the driver can keep his license or continue the suspension will depend on the hearing outcome.

What to do during a DUI arrest?

The most important thing to do after an arrest related to intoxicated driving is to contact a criminal defense attorney. Remain calm in the situations and do not admit driving while intoxicated. Answer only as direct as possible. Don’t share too many details or give them any suspicion that you are driving under the influence. Know that you have the right to refuse a field sobriety test.

What does a DUI attorney do? 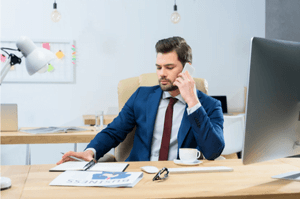 A DUI attorney protects your right during a DUI-related arrest. They are an expert of criminal defense law, and they know how to defend you against any DUI accusations. It is vital to seek help from a proficient criminal defense attorney with extensive years of experience winning this type of case.

Do I need to go to DUI School?

It is required for intoxicated driving offenders to undergo DUI school when convicted of a DUI crime. The length of months needed to attend a DUI school will depend on the gravity of the crime and instances of the offense. 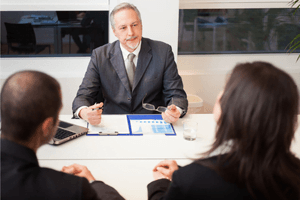 Contact our law firm at 1 (866) 847-7613 for a free case consultation. You can also fill up this form for your case inquiry. At Summit Defense, we are always ready to help you.