In 1968, San Mateo replaced the Public Defender’s office with a Private Defender program.  The lack of a unitary force to combat the District Attorney’s policies has made San Mateo the harshest and least accommodating criminal court in the Bay Area.  Further, the attorney members of the Private Defender Program are notorious for lack of responsiveness and poor work product.

Domestic Violence cases in San Mateo are no exception as through the years, San Mateo has adopted certain traditions that make litigation more difficult and penalties more severe than all other Bay Area counties.

While most police departments will initiate a Domestic Violence arrest as a Felony, San Mateo police Departments will do so even if there is no actual injury to the complaining witness.   It is common for the court to issue an Emergency Protective Order upon release on bail.  This usually means that the arrestee is unable to return home and must make other living arrangement pending arraignment.

Bail for other common crimes associated with Domestic Violence arrests in San Mateo are as follows: 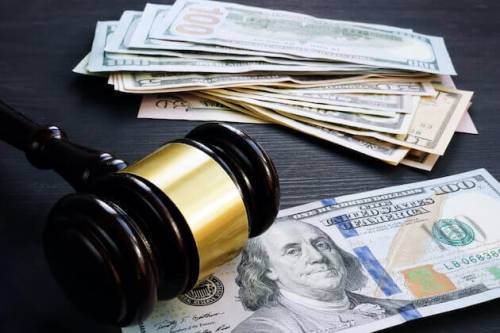 San Mateo houses inmates in one of two jails:

If you cannot afford bail, the court will usually schedule an arraignment the following day.  Redwood city courts have a reasonable Own Recognizance release program, allowing release with minimal (weekly) check ins with pre trial services.   You can reach Pre Trial Services at (650) 363-4181

Generally speaking, counsel is provided a report on the date of arraignment.  If you want to obtain a copy of the report prior to the arraignment, you will have to contact the arresting agency:

Criminal cases in San Mateo proceed in one of two courts:

The San Mateo District Attorney will almost always seek a Stay Away order in Domestic Violence cases even in cases involving minimal conduct and other factors such as hardship to victim if defendant is away from home.  Courts will often issue a less restrictive protective order but will question the complaining witness prior to a decision.  It is crucial that a complaining witness asking for a less restrictive protective order be prepared to answer the court’s questions as to safety plan.  In fact, we often refer couples to therapy and  victims of Domestic violence to Next door solutions in order to show the court evidence to support a peaceful contact order.

The pace of Domestic Violence cases in San Mateo is unusually fast.  The court will usually set a Pre-Trial conference two to three weeks after arraignment (usually held on Thursday afternoon) and will usually allow only one conference per case.  It is imperative that within that time, you and your attorney obtain and review all discovery and appear at the Pre trial conference ready to point out proof issues in the case as well as offer additional mitigation.  The court will usually make an offer that is “open” for a short period allowing for brief extension for issues such as immigration consultations and other collateral consequences of a settlement agreement.   At the pre trial conference, the District Attorney will list counts in the complain they desire a conviction for and a magistrate will issue a sentence.

Defendants choosing to reject the court’s offer proceed to the trial calendar.  The court will not make new offers at this stage unless counsel is prepared with additional proof issues or mitigation evidence.

Individuals facing Domestic Violence litigation in San Mateo face additional difficulties in obtaining fair results.  Given the fast pace of these cases, it is crucial that an Immigration Packet is sent to the Supervising District Attorney PRIOR to the initial pre trial conference as court room Deputy District Attorney have little discretion in altering offers.

This is a review of Tennille Duffy of Summit Defense who worked tirelessly to not only provide comfort for me and my entire family but also managed to dismiss the case after a week long trial.  I am very grateful that we decided to hire this firm and would highly recommend Ms. Duffy.

As a working mother and professional I never imagined I would ever get arrested for domestic violence.  So when the neighbors called the cops after over hearing our argument, we were surprised at the level of response from the San Mateo police department.  We explained that our dispute wasn’t physical but the copes decided to arrest me! Despite my husband’s statement. WE are so pleased with the level of commitment and manner in which this firm works.   Two weeks after hiring them, we got word that the District attorney dismissed the case!

Choosing the attorney that will represent you is one of the most important decisions that you will make. When you hire your attorney, you should look for someone who both excels in the courtroom and also carefully listens to your concerns. Academic credentials are important, but so are the abilities to listen to the client’s needs and to be responsive. Summit Defense believes that their clients should expect and demand a law firm that provides superb customer service.

Summit Defense is proud to have been awarded the highest possible rating for customer service by the Better Business Bureau. Summit Defense has received an “A+” for the past 6 years.