On December 2, 2016, a fire broke out in a converted warehouse in Oakland during a music and art show hosted by the managers of an art collective based inside the building. Of the more than 50 people attending the event, 36 were unable to escape the flames and perished in the fire. It was an unprecedented and tragic loss of life that understandably destroyed families and tore a once tight-knit community apart. Six months later, the Alameda County District Attorney has announced that criminal charges have been filed against the man who ran the art collective, and the man who organized the ill-fated event. But is the filing of a 36-count indictment the starting point for a just and fitting resolution, or the vehicle for an obscene miscarriage of justice?

In the state of California, charges of involuntary manslaughter in Oakland involves an act or acts whereby a person kills another person or people unintentionally, either while committing a crime that is not an inherently dangerous felony under the statute, or while committing a lawful act that might produce death without the exercise of due caution and circumspection. CA Penal Code 192(b). A conviction under this statute does not require intent or malice; it merely requires criminal negligence. The basic elements required for a conviction under this section of the penal code are that the person committed an infraction or misdemeanor as specified above, that the crime or act was committed with “criminal negligence” and that the act or acts resulted in another person’s death. Death resulting from the commission of an act that constitutes a felony or death resulting from a “freak accident” do not fall under this section of the penal code.

Criminal Negligence is defined under the penal code as an act that is more than just ordinary carelessness, inattention or poor judgment. Criminal negligence occurs when a person acts in a reckless manner that creates a high risk of death or great bodily injury, that the act demonstrated a disregard for human life or indifference to the consequences, and that a reasonable person would or should have known that the act would create such a risk. The act or acts committed can be deemed to have caused another person’s death if the death was a direct, natural, and probable consequence of the aforementioned act, and that the death would not have occurred had the act not been committed. In short, a person charged with involuntary manslaughter must be found to have realized at some point during the commission of the underlying act that the act itself would likely cause injury or death to another person or people. Accidental deaths – even under circumstances where the accused acted in an ignorant or thoughtless manner – do not constitute involuntary manslaughter under the statue.

Alameda County District Attorney Nancy O’Malley has indicted both Derick Ion Almena and Max Harris (also known as Max Ohr) on 36 counts of involuntary manslaughter under California Penal Code section 192(b). Each count carries a maximum sentence of 4 years, and a maximum fine of $10,000. Almena was the manager of the warehouse and the co-founder of an ad-hoc art collective that provided space for local artists to produce and market their artwork in an area where studio rentals are at a premium and average wages for independent artists at an all-time low. Harris was the promoter of the music event and a familiar face at the art collective, affectionately dubbed The Ghost Ship by those who frequented it. By all accounts, the space was filled with antiques, art installations, photographs, sculptures and dozens of alcoves and warrens dedicated to the production, appreciation and development of artwork of varied mediums. Both men are currently represented by criminal defense attorneys and set to be arraigned at the Rene C. Davidson Courthouse in Oakland on June 8, 2017.

Over a period of approximately two years, Oakland Police and Fire officials, as well as city building inspectors responded to the warehouse space on several dozen calls and complaints, ranging from unpermitted social events to building code violations. At no time during any of those visits, was anyone in or connected to the warehouse space cited, fined or arrested. Complaints to various city officials about the space went unanswered. And the artists’ collective was allowed to remain in operation, without citation or regulation, throughout these investigations. In short, neither Almena nor Harris was ever formally notified by any regulating agency that they were in violation of any legal code in their supervision of the artists’ community operating at The Ghost Ship.

Three weeks after the fire, the lawsuits began. The families of two of the deceased filed civil damages claims against Almena and Harris. The claims also listed various other individuals and agencies as defendants, including Almena’s wife, Micah Allison, the owner of the warehouse, Chor Ng, the City of Oakland, the County of Alameda and Pacific Gas & Electric. Nearly six months later, more than two dozen lawsuits have been filed with Alameda County Superior Court, all of them against roughly the same group of defendants.

The City of Oakland, the County of Alameda and Pacific Gas & Electric have, in comparison to the other named litigants, the deepest pockets of all potential defendants in these lawsuits. The City of Oakland pays an average of 2.5% of its annual budget to settle civil claims filed against the city or its agencies. In 2016, the city budget totaled just over $3 billion, which means that the city paid out approximately $75 million in damages to civil litigants. The County of Alameda boasts an annual budget of nearly twice that of the City of Oakland, with roughly the same portion being allocated in some way to settle civil lawsuits filed against the county. And Pacific Gas & Electric most recently disbursed more than $500 million to settle claims stemming from a pipeline explosion in San Bruno that took the lives of eight people. These three agencies have far more financial resources than do the handful of individuals involved in the operation of the artists’ collective. They are also the agencies that were responsible for investigating, inspecting, and monitoring the conditions and activities at the Ghost Ship warehouse.

All of which begs the question: Is the criminal prosecution of Almena and Harris (which, incidentally is being spearheaded by the County of Alameda, a co-defendant to both Almena and Harris in the civil lawsuits) an actual attempt to exact justice for criminal wrongdoing, or is it a tactical decision aimed at mitigating damages in the civil lawsuits that will likely result in monetary restitution by the city and county? It is not unreasonable to extrapolate from the district attorney’s vigorous prosecution of the two most visible and publicly reviled members of the Ghost Ship community that there may very well be an ulterior motive for the voluminous criminal indictment recently filed by the county. In fact, it seems almost laughably obvious that a definitive victory in the criminal case would give the county, at least, leverage in the wrongful death lawsuits currently wending their way through the civil litigation process. The county has filed a 36-count indictment against Almena and Harris, after the civil lawsuits have been filed against the county, and after several investigations by various state and federal agencies were unable to conclusively pinpoint a cause of the fire. Without a strong evidentiary foundation to support the basic elements of the charges, it appears as if the county is moving forward with a questionable case as a smoke screen to obscure its (and the city’s) own liability in the deaths of three dozen people.

The fire that tore through 1305 31st Avenue in Oakland, California on the night of December 2, 2016 was without doubt tragic, horrific and devastating. It was quite possibly preventable. It was not, however, foreseeable or predictable. The families of those injured and killed in the fire need and deserve closure, but the conviction of two men whose most egregious offenses were acts of arrogance, ignorance and denial will not bring closure to the families or justice to the community. And the dog-and-pony show of a meritless criminal prosecution will only serve to further undermine the integrity of the criminal justice system. 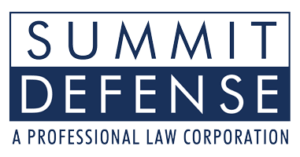